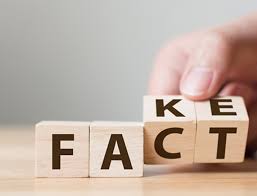 Many testimonials that you see posted to the Internet are fake.

How can you tell the difference between real verses fake?

CLICK HERE to view a video that discusses how to tell the difference.

Some suggestions on how to spot a fake review;

Look for overuse of “I” and “me” and a lot of verbs. According to research from Cornell University, online reviews that frequently use “I” and “me” are more likely to be fake than those that don’t — possibly because when people are lying they try to make themselves sound credible by using personal pronouns. Additionally, “deceivers use more verbs and truth-tellers use more nouns,” the research found.

Beware of scene-setting. The Cornell study also found that setting the scene could be a warning sign. “Truthful hotel reviews, for example, are more likely to use concrete words relating to the hotel, like ‘bathroom,’ ‘check-in’ or ‘price.’ Deceivers write more about things that set the scene, like ‘vacation,’ ‘business trip’ or ‘my husband,’” the research revealed.

Watch out for generic names and/or photo-less profiles. One of the big ways that fake online reviews get generated is from a faceless offshore company pushing bulk reviews on a site under different accounts.

To spot those, look for names like John or Jane Smith, or obviously fake names or just numbers and letters. They will 99% of the time not have a profile picture.

Examine the timing of reviews. See if there is a spike in the total number of reviews during a very short time frame. This can indicate a targeted campaign to add new artificial reviews. There are exceptions though: “Be aware that product launches, Black Friday, Christmas, and other major buy days can yield more reviews during certain periods.”

Look for phrase repetition. Look through several reviews and see if any words or phrases are repeated in different reviews. Reviews that use the same phrase(s) may have been instructed to do so by the party faking the reviews.

Check the spelling and grammar. Many fake reviews are outsourced to “content farms” which may mean they are either written in poor English or not in a way a real consumer would express their opinion.

Dig deeper into the reviewer profile. Another common type of fake review is from a “professional reviewer” — someone who was given the product for free and given extra money, to give a five star review. These are harder to spot but you often can if you put in some legwork to find out. Click on the reviewer profile, and look at all of their reviews. If they have a big trend of giving all five star reviews without any negativity then it seems likely they were bought and paid for. See if they’ve done a lot of five-star reviews for products owned by the same company which could be a web developer.

Look at the middle-of-the-road reviews. “It’s often helpful to sort reviews that fall in the middle of the pack (e.g 3/5 stars). These reviews are often the most honest and insightful about both the positive and negative aspects of the venue and can be used to cross-reference other reviews to look for trends in both positive and negative feedback.

Look for verified purchases. Many review platforms will verify if the purchase happened on that site or not. If it did not, it will be an ‘unverified purchase,’ which is more likely to be to be faked review.

When in doubt, reach out. Reach out directly to the reviewer with questions about their review. Most fake reviewers will not respond, but real reviewers often look forward to opportunities to be more helpful.

Many testimonials that you see posted to the Internet are fake.