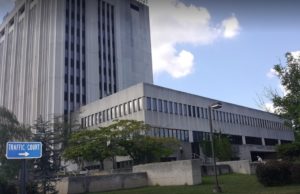 If you (or your child) are 18 years old or younger, use the youth court via counsel.

CLICK HERE for a video that discusses youth court.

Motorists 18 and younger that commit traffic violations in Suffolk County can participate be sent to the Youth Traffic Court. Here, they can potentially receive leniency in exchange for participating in a diversion program.

The concept behind the initiative is to teach teens to become safe drivers. Paying a fine often does nothing to teach young drivers how to drive better. The program provides an educational class to remediate the young drivers.

The program requires a parent to come to court with the teen and take part in the class. Depending on the infraction(s) there could be more than one class.

This Youth Traffic Court is the first of its kind in New York.

Between 2012 and 2014, there were 34,000 new driver’s licenses issued in Suffolk Count. These were mostly young drivers hitting the roads for the first time. Each year, more than 5,000 teens are involved in motor vehicle crashes in Suffolk, representing about 17 percent of all crashes in the county.

In New York, a 17-year-old can obtain a driver’s license, provided he or she completes a driver education class. New drivers are on probation for the first 6 months, and if they commit a three-point moving violation — such as running a red light or blowing through a stop sign — their license is automatically suspended.

If a young offender gets a ticket for a moving violation, with the youth court, some tickets can be reduced to a non-moving violation. Thi sis provided that the teen and the teen’s parent completes the diversion program.

The program is designed to avoid repeat offenders.